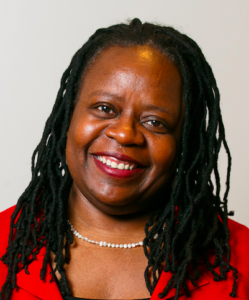 Yvonne Welbon is an award-winning filmmaker and founder and CEO of the Chicago-based non-profit Sisters in Cinema, inspired by her documentary of the same name, about the history of Black women feature film directors. She is a Senior Creative Consultant at Chicken & Egg Pictures, and has produced and distributed dozens of award-winning films, including Living With Pride: Ruth Ellis @100.  Welbon’s work has been broadcast on PBS, Starz/Encore, TV-ONE, IFC, Bravo, the Sundance Channel, BET, HBO, Netflix, iTunes and screened in over one hundred film festivals around the world. Projects in development include The Spies Who Loved Me, a thrilling exposé on surveillance which focuses on the six-years she lived in Taipei, Taiwan and American Pride, a Black lesbian coming-of-age series set on the south-side of Chicago. She has taught at the University of Chicago, Northwestern University and chaired the Journalism & Media Studies Department at Bennett College.  Raised in an Afro-Latinx Honduran household on the South Side of Chicago, Welbon holds a B.A from Vassar College, a MFA from the School of the Art Institute of Chicago, a Ph.D. from Northwestern University, and is a graduate of the American Film Institute’s Directing Workshop for Women. In 2020 she became a member of the Documentary branch of the Academy of Motion Pictures and Sciences.